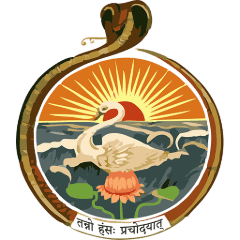 Sri. Ambady Sankara Menon an eminent lawyer of Cochin High Court, and deputy Chairman of the then Cochin State, was a close devotee of Swami Nirmalanandaji. During his travel, Swamiji used to stay in his house at Ernakulam. The period of stay was mainly spent conducting religious discourses, which was attended by all the elite of the place. One day, Sri. Sankara Menon requested Swamiji to construct an Ashram in his land at Vyttila, Kochi. Swamiji accepted this proposal, but this did not materialise until Mahasamadhi of Swamiji, which happened in 1938 at Ottapalam Ashram.

Sri. Sankara Menon as per the promise, made by him approached Nirmalananda Mandalam, headquarters at Ottappalam and offered his land. The Mandalarn authorised Swami Puranjananandaji to receive the land in his name frorn Sri. Sankara Menon. The deed was registered in the year M.E .1720 (1945). Swami Puranjananandaji took about four strenuous years to complete the construction of the Ashram, and he used to travel long distance in a bicycle for collecting funds from many people for construction work. Swamiji could successfully complete the construction and fulfil the wishes of his Guruji and dedicated to him by naming it 'Sri Ramakrishna Nirmalananda Ashram'.
Regular classes on Bhagavat Geetha, Narayaneeyam and Srimad Bhagavatam were conducted. Thithi Pujas of Sri. Ramakrishna, Sri. Sarada Devi, Swami Vivekananda, Swami Nirmalananda were conducted in the Ashram. In 1953, Swamiji celebrated the centenary of Sri. Sarada Devi in a grand scale for nine days.
For the benefit of poor people, Swamiji opened one free homoeo dispensary in the adjacent building in the same month of opening the Ashram.
Swami Kaivalyanandaji Maharaj, then President Sri. Ramakrishna Ashram, Kayamkulam, took additional charge of the Ashram from 6.2.L994.

© Copyright 2022 by Ramakrishna Math, Kochi All Rights Reserved
Powerd By